Can Do Filming Project Completed

Following a successful 12 weeks of filming with students from City of Glasgow College and Possobilities in North Glasgow, the Leonard Cheshire 'Can Do' film project has wrapped.

The hotly anticipated documentary, which follows the journey of young disabled people on the 'Can Do' project, focuses on "an exploration of the issues surrounding homelessness while profiling organisations that work every day to eradicate it".  It features candid interviews with service providers in Glasgow, including The Marie Trust, Emmaus, Shelter and Police Scotland, and individuals from all walks of life who have been, or are currently effected by homelessness.

Thanks to everyone who tuned in to the Christina Littleson Show on Pulse FM 98.4 this afternoon! The Listen Again is now live, and available here for those who missed it.

It was great to finally meet Christina (after so many years of admiring her film work) - and to have a blether about my current creative projects with Bad Pony Media and Leonard Cheshire.  Big thanks to my awesome pal Amanda (pictured) for coming along with me as my chaperone! It's always fun to hang out with Amanda, and this day will be especially memorable for the banter and laughs with the wee Elmo we found in the Green Room and that lovely, lovely jukebox (check out our pics here!).

Thanks once again to fellow guest Katy Jordan, who has some wonderful stuff going on which you can check out here.

EDIT: Congratulations since the show went out last week to the two winners of the 'Eric and the Bunny Boilers' tickets for The Flying Duck in Glasgow. Thanks to Pulse FM for the shoutout!

I am so excited right now to be planning my upcoming trip to Hollywood/Los Angeles for pre-production on the Our Munster Memories documentary.

Not only is the film going to pay homage to America's First Family of Fright and its fans, but we shall be reuniting the original cast, crew and producers of both The Munsters and it's hit late 80's colour revival "The Munsters Today".

Who would have thought all those years ago as a kid growing up watching reruns of my favourite TV family I'd one day actually get the chance to meet the Munsters!

Stay tuned to my blog for updates, news and details of the project - and remember to check out the Our Munster Memories IMdB and Twitter!

With thousands of screenings throughout the month of September, the annual UK Scalarama season celebrates world cinema with mainstream cinemas, pop-up screenings, pubs, cafes, venues and even boats engaging audiences for a celebration of film.

With titles chosen by those of all fashions, fancies and merits - film from the sublime to the ridiculous are screened, with an open invitation for all ages (check listings for appropriate screenings) to join in on the sharing, caring, passion and review of cinema.

This year BAD PONY MEDIA will celebrate Scalarama with an screening of George Romero's classic NIGHT OF THE LIVING DEAD as well as a hand picked chosen few classic film and TV shows from throughout the years 1950's to present, including THE MUNSTERS and THE ADDAMS FAMILY. Perfect to get us ready for Halloween next month! Also on the agenda will be shorts from local indie film-makers including Cumbernauld based HOMEDY AND CORROR PRODUCTIONS as well as a sneak peek of what movie fans can expect from the soon-to-launch new Scottish Braw TV channel next year. It really couldn't be more exciting!

Join us for food and drinks at The Avenue in Bishopbriggs, G64 from 8pm this Saturday. Tickets are available from the venue, or by emailing theproducers(@)badponymediagroup.co.uk. Our CEO's Frank McGowan and Michelle Martin shall additionally be hosting their own VIP "Home Cinema Day" on Sunday for those who have worked with us 2013-2014. Please RSVP quickly to avoid disappointment as spaces are limited.

Find out more about SCALARAMA, read the 'Scala Manifesto' and plan your own "Home Cinema Day" and check out local events in your town or city at www.scalarama.com.

Scalarama began in 2011 as a tribute to the Scala Cinema in London's King's Cross. Influential in its attitude and contribution to cinema, it celebrated film of all forms from high art to trash, shasher and animation. The Scala officially closed in 1993. 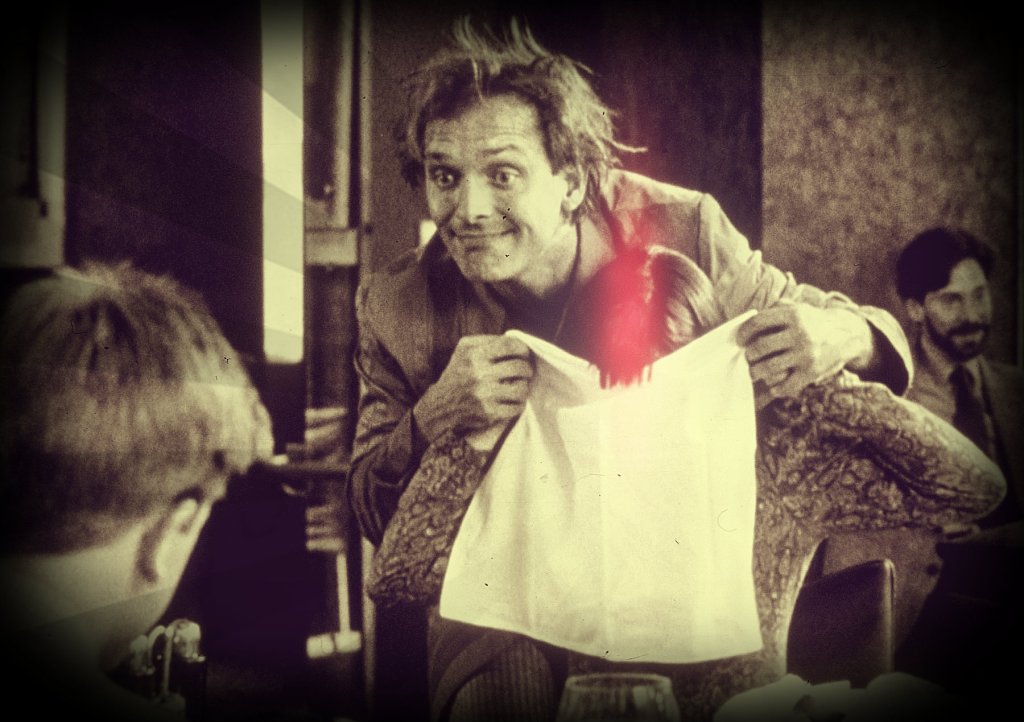 The sad news today of Rik Mayall's sudden death has shocked us all right across the entertainment industry.

He was a man of never-ending energy and enthusiasm, but most of all a man with a real passion for his craft and enjoying life no matter what it threw at you. A laugh, a smile, these are such a powerful things, and when experienced in just the right moment can change a person's day for the better, even in some cases making a difference to them for their entire life.

And never has that been more true than right now as I recollect meeting Rik Mayall and his lovely wife Barbara as a kid in the hall at BBC Scotland in Glasgow.

I was lucky enough to literally just "bump into them". I think they may have been doing a talk show (?), or a reading for something for radio (?). There were lots of hurried people rushing around, things weren't going according to plan I assume now, but Rik and his wife were calm and smiling and waiting on someone to give them the cue that things were good to go.

And in wandered me (probably covered in chocolate)... I was lost, having of course somehow wandered off from my group. I must have looked really upset, as Rik made a funny face and asked me if I was lost and was with anybody. I made the obligatory comment of "I know you from the tele", to which he laughed and said "yes, I do the odd bit of that now and then". Both Rik and his wife were so nice to me (despite my endless questions about "television") and to this day I'll remember Rik saying with a slight smile, "you've got to laugh, even when you maybe shouldn't" and making a silly face to one of the interns who wondered who the hell I was and why I was there near the recording room.

He never knew it (or maybe he did) but at the time I was actually feeling really down as I was being picked on by some of the bigger kids at school who were with us. For some reason I started telling Rik about it and he said "don't let them take a smile away from you. That's yours. Yours alone."

A few minutes later I was back with my group. A wave and another silly face left me smiling again, and that smile didn't really ever go away. What he said really resonated.

It goes without saying that one of my favourite films as a kid growing up was of course "Drop Dead Fred". Overall I was fascinated by how Rik's unique brand of humor utilised an expressive mix of vulgarity and innocence that was somehow together enchanting where each on its own might not have been from anyone else or standalone. As I watched him on screen, I remembered that day and smiled remembering his goofy face and silly gestures behind the intern who knew none the wise.

And honestly since then, any time I'm feeling down I'd watch 'Drop Dead Fred'. Needless to say I've watched it over and over again over the years, probably more times that I realise. The DVD still now and again goes in the machine - I'd recently lost my dog of 19 years and 'Drop Dead Fred' was the one I immediately thought of. Just now I looked it out, and actually going through my boxes came across my actual original VHS tape from when I was a kid.

Albeit that I met Rik Mayall BEFORE I saw the film, it was an absolute joy to spend that little bit of time with him. I was just a kid who he'd randomly said hello to, but what a really special moment that was for me, one which I'll always treasure and always remember.

Rik found comedy in every second, and in every movement. And we should too.

So, thank you Rik...from the kid you met in the hall that day at BBC Scotland all those years ago.

Oops! This site has expired.

If you are the site owner, please renew your premium subscription or contact support.